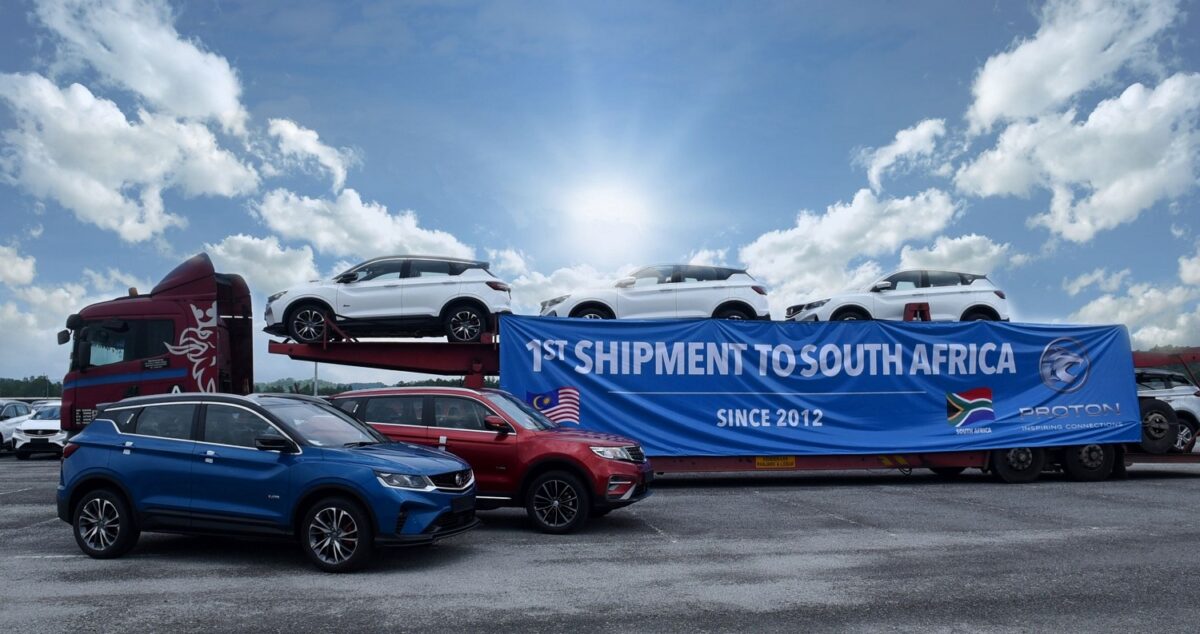 Its return to South Africa rather quietly announced back in April, the first batch of models from Malaysian brand, Proton, has departed ahead of the marque’s relaunch in September.

Reportedly on track to dock in Durban around July, the ship carrying an unspecified number of Saga sedans, X50 and X70 SUVs, left the port city of Klang last week Friday (27 May) for the almost 9 000 km journey following the signing of an agreement with Combined Motor Holding (CHM) for the sale and distribution of Proton vehicles in South Africa.

Last present a decade ago with a line-up consisting of the Savvy, Gen.2, Persona, Satrio Neo and Arena, the now streamlined three model range is set to be largely spearheaded by the X50 and X70 that originate from Geely products as a result of the Chinese brand’s acquiring of Proton five years ago.

“This shipment marks another significant milestone achieved by Proton this year. South Africa is a matured and competitive market, but we are confident the Proton X50, X70 and Saga have the right combination of features and value to compete with other brands there,” Proton’s Director for International Sales, Steven Xu, said.

“CMH Group is working diligently to prepare their distribution network and the current plan is to launch our models by the end of the third quarter this year. Ahead of this, several members of the CMH Group visited Malaysia last week to have discussions with our team and visit dealers as well as the Tanjung Malim plant.”

Proton’s return to South Africa will see it expand its footprint to 14 countries and the second in Africa after Kenya following the opening of a plant there two years ago using complete knockdown kits (CKD) of the Saga.

At present, nothing is known about the model’s pricing or which derivatives South Africa will be getting.